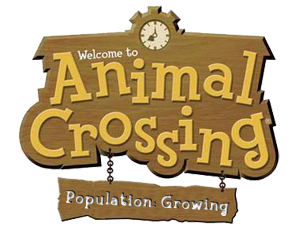 "'Twas the year 2003, the day was the 8th of April. I had decided that now was the time that I parted ways from my warm surroundings and ventured out on a journey to the unknown. Little did I know where I would end up, a little known, and very friendly town called 'TheShire'. In a secluded part of the world, in which there is much happiness in the land, and the town is inhabited by animals. Where once in a while a fortune telling cat from far away, who calls herself Katrina, will come and read your fortune, for a small fee of 50 bells. A fox, Crazy Redd, tries to rip the friendly folk off, by selling ordinary furniture, claiming it is rare. A camel, named Sahara, will trade you rare carpets, in exchange for any ordinary ones that you have, with a little fee. A giraffe, Gracie, will make you wash her snazzy car, if she thinks you have done a good job, she will give you a Gracie brand shirt as a reward. A fish-loving Walrus, Wendell, will give you a free wallpaper, in exchange for his favourite food. Not forgetting the mayor of the town, Tortimer, he is generally found wondering around the towns Wishing Well on various holidays, and hands out gifts to anyone who asks.

"When I reached TheShire, the town was populated by five villagers. I spent some time getting to know them, and as time went by, more and more animals came to TheShire. Now there are fifteen animals living here. I spend my days living among them, getting to know them and becoming close friends. Once in a while, a day will come when one of them decides that they want to leave TheShire and see the rest of the world. I wonder what I ever done to make them leave, they didn't even have the time to tell me themselves, they leave under cover of darkness, and only left a letter saying that it was too hard for them to say goodbye, and that they could not tell me where they are going. Fortunately, a new animal moved in the next day and is just as friendly as the one before. All is well again.
During my time in TheShire I have met many new and friendly (some not so friendly) animals. From the sweet female ones to the moody males, who sleep in till 10:00am and stay out all night. From snobby females to energetic males, who are always wanting to be doing something. I have made some kind of friendship with all of them. I spend my days making TheShire look nice, planting flowers and trees, and pulling weeds that are growing continually (whatever I do). The Wishing Well has told me, yes it told me, which I do not find strange since I am living with animals, that TheShire is a perfect town. this I am pleased with. A strange thing happened to me one day though. It had been about 15 days since the Well told me that TheShire was perfect for the first time.
I had gone down to the Well, as I normally do, and this strange apparition (as I can only describe him) appeared before me at the Well. He called himself Farley. He mentioned that he had been spying on me and my work around TheShire, but that he was doing it for a good purpose. He then handed me a Golden Axe. As he continued talking, he told me that he was very impressed with the work that I had done in TheShire, and to reward me, was going to give me the Golden Axe. Farley went on to tell me that the Golden Axe was made to be indestructible, that I could chop down many trees without the axe ever becoming blunt or break. This made me smile, as now I was no longer having to wait for Tom Nook to get axes in his store. This was mine, and I could do whatever I wanted."

"There have been many more strange and curious animals that I have encountered while I have been in TheShire. A seagull sailor, called Gulliver, who washes up on the shore once a week, he thanks me for saving his life, and gives me a rare artifact that he says he "Bartered of a seedy looking merchant in a far-off port". I can rely on him to be back next week.
Another strange creature I see regularly is a some-what turtle like creature. I see him down at the Dock (for some strange reason he only shows up when I am playing on my Game Boy Advance). I cautiously approach him and start to make some conversation. To my surprise, he seems friendly. He tells me that his name is Kapp'n, and that he can take me across the ocean to a secret little island just of the shores of TheShire. Well, being a curious person I agree to it, I step in the boat and we set sail. As we start to cross the ocean, Kapp'n starts to sing a sea shanty. He sings of Cucumbers, his love of the sea, along with many other things. I find these trips to be very relaxing.

"As we reach the island, I find that it seems a little different there, the air seems sweeter, and warmer than in TheShire. I meet a single inhabitant on the island, he tells me his name is Pigleg and that this island is Lérien, he lets me know that due to some bizarre natural phenomenon, that Lérien enjoys summer all year long. He shows me around the island, it's very calm there, with Coconut trees growing, bearing Coconuts too. He shows me to his hut, although it looks fairly bare to me. He tells me that there is no way for him to get any kind of furniture, and asks if I would be kind enough to bring him some if I ever return to Lérien. I agree, so he decides that he will let me use his other hut that he built in his spare time. I found it to be very spacious and I already have plans of what I want to do with it.
After spending many hours with Pigleg, I decide that it is time for me to leave Lèrien and return to TheShire. I find Kapp'n waiting for me, and we set sail back to TheShire. Kapp'n sings one of his songs again."

Within these pages I am going to be showing my appreciation of the Nintendo GameCube, DS and Wii games, Animal Crossing. The main section will be the 'My Town' section where, hopefully, I can post pictures and keep a record of my town for others to see. I will be updating this every time that someone moves out, and another moves in, or when there is another reason for it. I hope you find it interesting.

Copyright ©2004-2021 BowserBasher.com. All rights reserved.
Animal Crossing and Nintendo are registered trademarks of Nintendo of America.